WE HAVE RE-OPENED! RE-OPENING DETAILS & PRECAUTIONS.

Southern California’s all-star - Peaceful Easy Eagles – A Tribute to the Eagles! This is not your average tribute show, as this band is made up of musicians that have toured, recorded and played with members of the actual Eagles, as well as in two of the world’s best known Eagle tribute bands; Hotel California and Desperado! 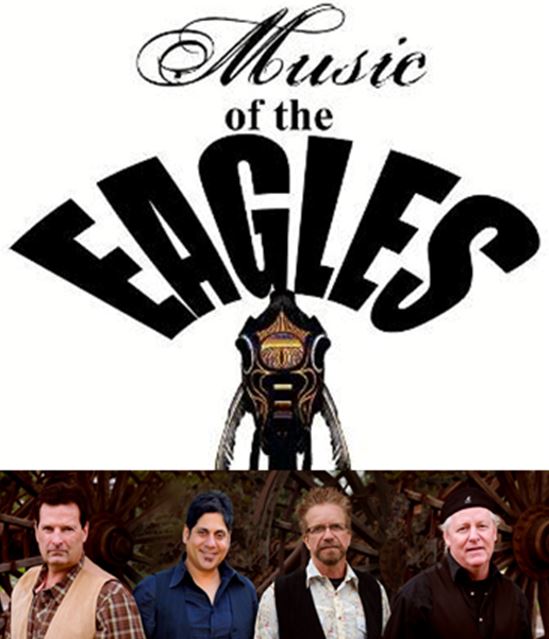 Summer Crush is excited to announce the only 2020 East Coast appearance of Southern California’s all-star - Peaceful Easy Eagles – A Tribute to the Eagles! This is not your average tribute show, as this band is made up of musicians that have toured, recorded and played with members of the actual Eagles, as well as in two of the world’s best known Eagle tribute bands; Hotel California and Desperado!

This very special evening includes two hours of the Eagles biggest hits, with the first half being a special acoustic set in the authentic spirit of the early Eagles shows that no other Eagles Tribute does! This year Aaron Broeing returns. Aaron has played with Eagle greats JD Souther and Don Felder, was the lead guitarist for Hotel California, and is currently the lead guitarist in Desperado – the band many consider the nation’s definitive Eagles Tribute Band that performs free and clear of any pre-existing recordings or tracking, as do the Peaceful Easy Eagles.

Other members back again this year include stand out, Chris Farmer, who also currently plays in Desperado, as well as with the Eagle’s legendary bassist Timothy B. Schmit, in Timothy’s own personal band! Farmer was also with the Beach Boys for 12 years, as well as with Jan and Dean. Other superstars who have used his talents include: Eagle legend Joe Walsh, America, Chuck Berry, The Cowsills, The Drifters, The Coasters, The Temptations, and The Turtles to name a few. Ricky Lewis, of the famed Ricky Lewis Band, is back and is also a member of Desperado, as well as himself a member of the iconic California surf band - The Chantays of Pipeline fame. Ricky adds his CMA award winning lead guitar skills and channels Joe Walsh during the evening. Rounding out the all-star band are Phil Bardowell, who was handpicked by Carl Wilson to replace him in the Beach Boys line up when he fell ill, and drummer Dave Logeman who played with the Beach Boys, Frank Zappa, Bette Midler and many others. See more at the Peaceful Easy Eagles website:  http://www.besteaglestribute.com/

Gates open at 5:30pm with dinner available until 7:00pm featuring some of the area’s most popular food trucks. Food is not included in the ticket price. Opening music by local greats Hairpeace. Although we have several chairs in the lawn area,  bringing your own lawn chair is encouraged for lawn seating. And please be sure to wear clothing so you are comfortable for the weather for the event. If you would like to bring a cushion for our pavilion chairs or benches please do, as well.

-          Refunds. Our concerts are theater level bands and like a theater cannot offer refunds, especially the day of or after. Extenuating circumstances are looked at on a case by case basis, with exchanges for equal or lesser priced show possible.

-          Volume. Some bands and tributes are at rock concert volume levels. If you do not have ear plugs we will have some available for you.