How Summer Crush is Keeping You Safe 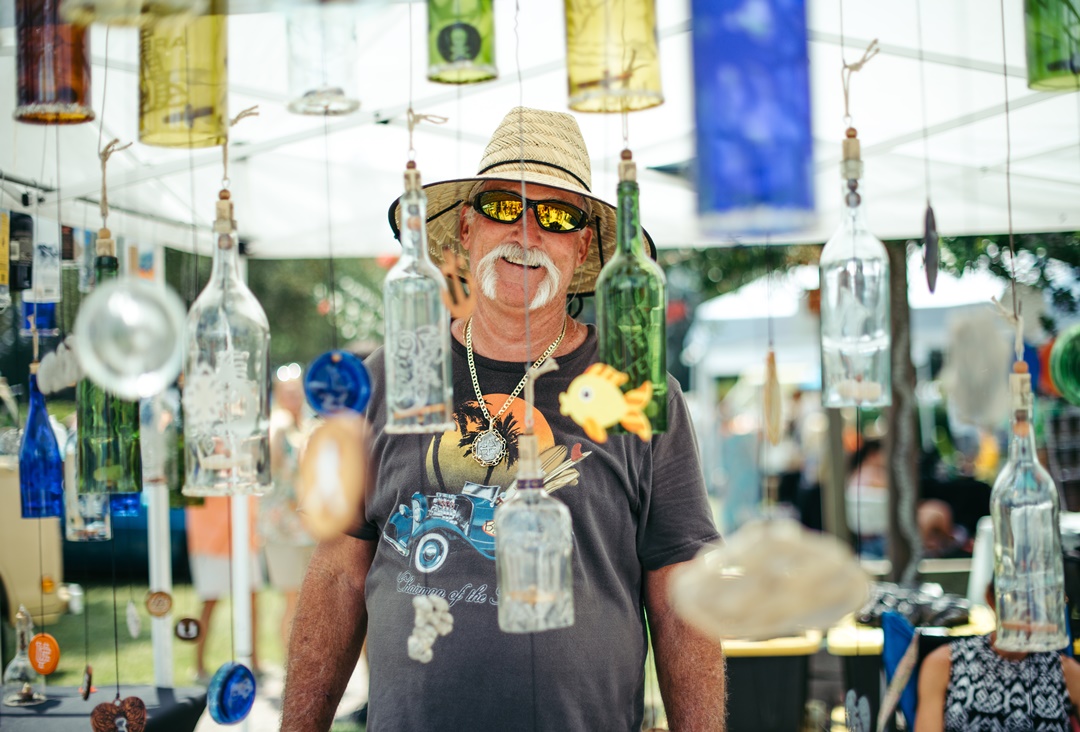 It is no small surprise to most folks to learn that the first recorded history of wine being produced in North America was about 450 years ago, right here in Florida, at Fort Caroline, near today's Jacksonville. The year was 1565 when an ironically respectable pirate/privateer, Sir John Hawkins, cousin to Sir Francis Drake, reported in his captain's log that a settlement of French Huguenots, who were on the verge of starvation, had managed to produce "20 hogsheads" of wine from the native muscadine grape that grew wild there. Keep in mind a "hogshead" of wine is about 63 gallons, so making about 1250 gallons of wine back then was no small task! The settlement was eventually wiped out by the Spanish, which ended France's attempt to occupy the New World at that time. But the Spanish, shortly after, also made their mark on the history of wine in Florida when in the late 1500's, they were recorded planting the first vineyards in the New World (also of muscadine grapes), to be used for sacramental purposes by Spanish monks there.

Since that time the muscadine grape has been the main stay of the wine making efforts in the south and especially Florida. Through the years Floridians, like other low country Southerns, have made home made wines almost exclusively from the native red muscadine grape, as the muscadine grape possesses a thick skin that's able to withstand the intense humidity while at the same time being resistant to diseases that kill other varietals here.

The Huguenots and Spanish monks are long gone, but now-a-days the muscadine wine is doing better than ever, even being the fastest growing segment in the American wine industry, thanks in part to the efforts of the University of Florida, Florida A&M, as well as the FWGGA (Florida Wine and Grape Growers Association) that was started in 1923 and individual growers and wine makers. Muscadine grape research has rendered much improved varitals of the muscadine grape, most notably to Summer Crush Winery is the Noble (red) and Carlos (whie) muscadine varieties.

The Florida wine industry really took off with Mr. Gary Cox opening Lakeridge winery in Clermont, Fla. Although a first effort outside Tallahassee in the early 1980's did not have the intended result, the current Central Florida operation became a huge success (today being about a 280,000 gallon facility) and encouraging others. Presently there are over thirty wineries in Florida, with about twenty three being a Certified Florida Farm Winery. Most are in the Central, Northeast and Northwest areas of the state. Some produce several varietals of grape wines, some produce fruit and grape wines, and some produce only muscadine grapes. To become a Florida Certified Farm Winery we had to have at least 10 acres of grapes, produce less than 250,000 gallons a year, and be open 30 or more hours per week.

Summer Crush Vineyard & Winery began as an idea in 2007, when longtime local nurseryman and landscaper Gary Roberts decided to expand his current business and utilize a portion of his property west of Ft Pierce to pioneer the first vineyard and winery on Florida's Central East and Southeast Coasts; one of the southernmost vineyards in the country! After 6 years of dedicated research, home wine making and experimentation, and visiting wineries and winemakers all over the south, Roberts planted 10 - acres of Noble and Carlos grapes, built a pavilion and festival area and opened the tasting room doors to areas first winery. Immediately wine making awards and accolades poured in, as people from all over came to see and taste the new creation. Today Summer Crush Vineyard & Winery is comprised of all four components of a boutique winery. 1) The vineyard, 2) a cellar and crush pad, 3) a tasting room and gift shop, and 4) a festival and event area complete with a covered pavilion that has live music every Sunday and special events, festivals and concerts throughout the year.

During the visits to the many wineries, Roberts realized how many of them took on a "sophisticated" and European direction, and that they had a similar vibe. Not wanting to be just another old world styled winery, Roberts soon realized that he wanted to create something that stood out as being more unique, fun, laid back, and personal to who he was. So embracing the uniqueness of the muscadine grape, the Florida sun & fun vibe and his lifelong passion for surfing and collecting vintage surfboards, he decided to create Florida's Original Sun & Surf Winery Experience, as Summer Crush has become known. No pretenses here, just good vibes, good times, and good wines.

The surfing and Florida outdoor water lifestyle vibe is omnipresent, with vintage surfboards in the tasting room and in the pavilion where you can sit at real life vintage surfboard tables, each custom made to the board. Other Florida water influenced decor includes vintage water skiing, boating and fishing items which hang throughout.

Roberts did not stop there. Having been in bands since elementary school and knowing how wine and music go together so well, he decided to create a winery music event venue in the style of the well known Califonia winery music venues like B.R. Cohn, Wente, Ironside and Mountain Wineries, and developed a Sunday Wine Down every Sunday afternoon throughout the year. These are free and have become the highlight of many locals, as well as vacationers and snowbirds weekend. Many come back time and again bringing friends and family who did not believe them that here was a winery right here in their Florida back yard. Summer Crush has also become a premier concert venue with national and international level talent during season, which is January through April.

All in all, Summer Crush has become a truly unique destination for good wines, good music, good friends, good times, and of course good wine. But don't take our word for it, come and see for yourself!