How Summer Crush is Keeping You Safe

Summer Crush Vineyard and Winery is committed to the health and comfort of all guests. We ask our guests to wear their masks and practice social distancing. We ask those not comfortable with our measures to visit at another time that may be better for you.

Country & Trop Rock fans don't miss Grammy winning #1 Nashville artist BILLY DEAN, along with Billboard #1 hitmaker BERTIE HIGGINS of "Key Largo" fame, and with Nashville #1 hitmaker & Trop Rock award winner THOM SHEPHERD for an once in a lifetime show! Properly worn masks are required and enforced when not seated. If you are uncomfortable with not wearing a mask (or shield) for any reason or not social distancing, please visit us again at a time that is better for you. NO DOGS ALLOWED AT EVENING EVENTS.

A Quincy Florida native, Billy Dean (yes James Dean is a cousin),  is a Grammy winning 90’s Country icon. Billy’s big break came in 1988 winning Best Male Vocalist on Star Search. In 1992, he was the Academy of Country Music’s Top New Male Vocalist and his hit Somewhere in my Broken Heart won Song of the Year! Billy earned four straight gold-certified albums, with 12 top 10 county hits including; Only Here for a Little While,  If There Hadn’t Been You, Only The Wind, Billy The Kid, It’s What I Do, You Don’t Count the Cost, That Girl’s Been Spyin’ on Me,  and a #1 hit with Kenny Rogers and Allison Krauss; Buy Me a Rose. Billy has toured with superstars Alan Jackson, The Judds, Kenny Rogers, Clint Black and many others. TROP ROCK & PARROTHEADS get ready, as Billy dips his toe into the salty Trop Rock waters for the first time with never released songs like Salt Water Cowboy! And who better to jump in and make a splash with than one of the original Trop Rockers: Bertie Higgins!

Bertie Higgins is the original Trop Rocker, who also actually coined the term Trop Rock! In the early 70’s a reporter asked Bertie what he called his unique style of music. Bertie said he’d always “just referred to it as TropRock because it is about the life he lived here in Florida, with the beaches, tropical weather, sun tanned beauties and the romance of it all.”   The rest is as they say is… history. A native of Tarpon Springs, Bertie grew up sponge diving and rose to musical fame in 1981 with his  #1 top 40 hit Key Largo, which was followed by a string of hits that included Just Another Day in Paradise, Casablanca, Jamaica Me Crazy and Pirates and Poets. Bertie continues to tour the world and is a favorite Florida son of Trop Rock and Parrothead fans, who flock to his shows. And like Jimmy Buffett’s “Parrotheads”, Bertie’s followers are affectionately known as “Bertie's Boneheads”.

Also sharing the stage is the Nashville #1 hit maker & Thom Shepherd, of Riding With Private Malone and Redneck Yacht Club fame. With two Grammy nominated songs Thom has written, recorded with and played with a who’s who of country music fame, and is Multi Trop Rock award winning artist with songs like Djibouti, Idaho, Always Saturday Night Sand in Her Shoes & many more crowd favorites! Thom annual produces the TRMA Event of the Year, The Lone Star Luau in Marble, Texas. This will be a one of a kind special night you won’t want to miss!

Gates open at 5:00pm with food available from some of the areas most popular food trucks until the show starts at 6:30pm. Food is not included in the ticket price. Opening music 6-6:30 with Thom Shepherd. Billy & Bertie on at 6:30 and joined by Thom at 8pm. Ends at 8:30pm. 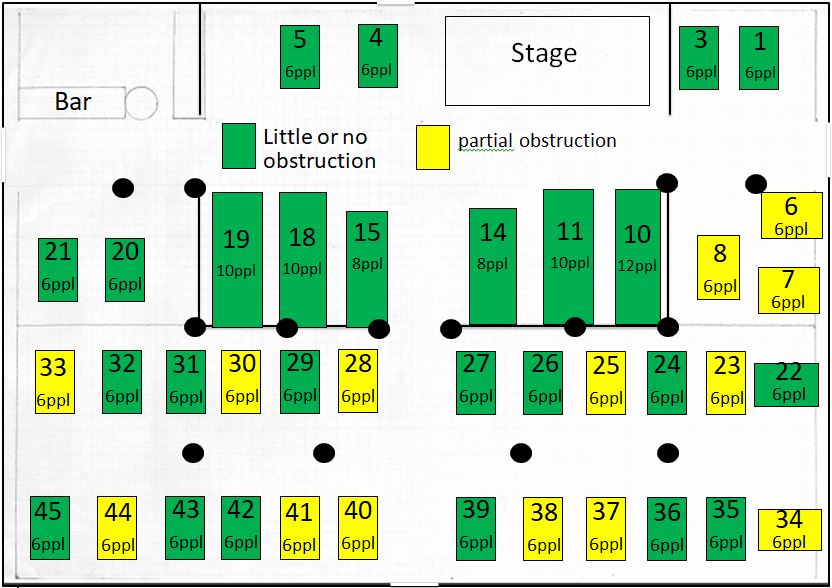