The Surf Room at Summer Crush turns in to the Surf Ballroom February 2nd 1959 with this special Day the Music Died Tribute with the renowned Buddy Holly Tribute artist: Mr. Johnny Rogers! 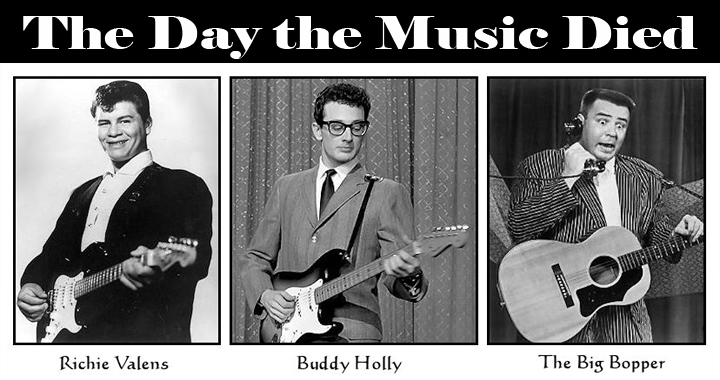 61 years ago, on February 2nd 1959, in Clear Lake Iowa, a routine concert a winter tour, that included some of the hottest rising stars of Rock N Roll, occurred at the famous Surf Ballroom. The stars included 17 year old Richie Valens, 28 year old JP “The Big Bopper” Richardson, 19 year old Dion DiMucci and 22 year old Buddy Holly. The infamous plane crash that followed the show took 3 of them from us way too early and changed the music world forever.

On the 50th anniversary of that fateful night several original venues on that Winter Tour route wanted to recreate that fateful 1959 Winter Dance Tour. They called on the best there is for the job; Johnny Rogers - a true third cousin to Elvis Presley. In fact, Johnny is the only artist who had ever done this special remembrance show for the Surf Ballroom! He has also played to full houses where Buddy’s career took root like the Clovis Music Festival, and in Buddy’s home town of Lubbock Texas with Buddy’s brothers Travis and Larry and niece Sherry, as well as having preformed in concert with one time Cricket Tommy Allsup! We did say Johnny’s the best!

In appreciation of the 61st anniversary date of that final concert, Summer Crush contacted Mr Rogers to see if he might bring this renowned Surf Ballroom show to Florida for a befitting tribute on the Summer Crush Surf Room stage. Johnny replied with an exuberant “yes” right away, and is excited for the opportunity to bring this rare and historic performance to Ft Pierce! On stage, Johnny will be joined by 6 musicians and backup singers all the way from Chicago, to create an authentic reproduction of the famous show, including former Pointer Sisters drummer Doug Florence, former keyboardist for Jay & The Americans George Tuzzeo and the multi-talented Bill Frank on stand-up bass who has played with too many Oldies groups to list.

The tribute ends with the iconic hit penned by Don McLean, who as a 13 year old newspaper delivery boy, read about the tragedy as he cut open his delivery bundle the next morning on his route ... But February made me shiver, With every paper I’d deliver. Bad news on the doorstep. I couldn’t take one more step. I can’t remember if I cried, When I read about his widowed bride. Something touched me deep inside, the day the music died…..—Don McLean, “American Pie”.

Gates open at 5:30pm with dinner available until 7:00pm featuring some of the area’s most popular food trucks. Food is not included in the ticket price. Opening music by Paul Skyland.  Although we have several chairs in the lawn area,  bringing your own lawn chair is encouraged for lawn seating. And please be sure to wear clothing so you are comfortable for the weather for the event. If you would like to bring a cushion for our pavilion chairs or benches please do, as well.

-          Refunds. Our concerts are theater level bands and like a theater cannot offer refunds, especially the day of or after. Extenuating circumstances are looked at on a case by case basis, with exchanges for equal or lesser priced show possible.

-          Volume. Some bands and tributes are at rock concert volume levels. If you do not have ear plugs we will have some available for you.